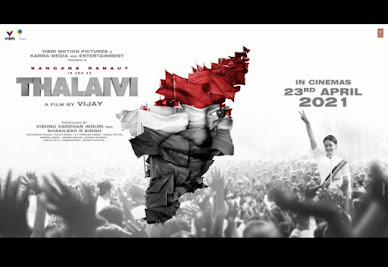 A few decades ago, when the movie 'Gandhi' opened to great critical reception the world over, there were a few murmurs and grumblings from some quarters, particularly from the western world which has followed the freedom struggle from a distant and an objective viewpoint, that it was more a hagiography than a biography where Gandhi was depicted only in glowing glory, all his wrinkles suitably ironed out, and only good and noble thoughts oozed out of him at all times. As multiple accounts have subsequently proved that he was just as human as the rest with all the failings and fault lines, the fact that the forum that was the freedom struggle lent enough credibility and gravitas to anyone occupying it, elevating him/her from the status of mere mortals to iconic heroes. Consequently, there was no mention of his prickly relationship with his wife, his failure as a father, his bull headed imposition of his own brand of morality and spirituality on the movement often at the cost of practicality, and any and all his human trappings simply faded away in the background of a greater cause, which was much bigger than the man himself. Other than in the obvious 'overcoming the adversity' scenario, trying to make the person larger than his/her own personality becomes an exercise in pandering, one of obsequiousness. This is where a 'Mahanati' scores, where the personality shines through, and a 'Kathanayakudu' or a 'Thalaivi' fails, because the person becomes bigger than the proceedings around... which is a shame, because no other character in Indian politics has overcome as much personal indignation and institutional bias as JJ, with a personality that can be called cold, at best, and caustic, at worst. Even the title of the movie doesn't do justice to the person, she is not just 'Thalaivi' - the leader, she is 'Jaya' - the victor.

Much of the blame here rests at the doorstep of Vijayendra Prasad, the writer, who looked past a complex personality, saw only a string of achievements, and therefore delivers a script that merely plays just the greatest hits, burying deep down a personality that was always at odds with her surroundings, and yet somehow ended up dominating it and usurping it, eventually. By her own account, she loathed her stint on the silver screen, she was an outsider when she entered politics, often condescended to and overlooked, and her entire stay in politics was marked by constant turmoil - political and personal, she was a perennial loner, inside and outside, and the more she got hit she receded inwards building walls of power and intellectuality, and all this, being a woman in a man's world. Her case is a psychologist's dream and should have been a gold mine of character study for a filmmaker as well, ripe to chiseling away the rocky exterior and finding out the reasons for why she turned out the way she turned herself into. But somehow the story lingers on (and on and on...) on the one relationship that, frankly, was never as romantic as it was built up to be. MGR needed a fresh face for on screen romance and Jaya fit the bill and later MGR needed an heir in politics, and Jaya was the perfect understudy. Her (faithful) association with MGR happened much later in her film career, when he was almost one foot out the door of the movies, but somehow the movie spends an inordinate amount of time building it as a love at first sight.  If fact is compromised at the cost of drama, what's the point of making a biography in the first place where only the beginning and end are set in stone and the rest of the pieces could be moved around to suit the convenience. The tragedy of it all is this is a real character that had more drama in its real life that never had the need of a creative team come up with fictitious scenarios and questionable choices. JJ deserved better, her life deserved competent story-telling, her character deserved a closer introspection... than this by the numbers biopic.

Which brings to the main quibble about the concept of biopics in the Indian context. Granted Indians are an overly sensitive bunch, easily offended and quick to take objection to, particularly when it comes to their beliefs, faith and especially, their leaders. Try to humanize anyone and there is always one fringe group or the other instantly up in its arms crying foul at having its feelings hurt. In such a climate, the question arises, can there ever be an honest, unvarnished, uncompromising look at the life of a public figure without the fear of being retaliated - physically or financially, in other words, why even bother? For the next filmmaker who wants to make a biopic of a personality who has lived his/her life pretty much in the front pages of newspapers and magazines, on whom history hasn't had the luxury (and distance) of time yet to be objective about the life, the one question that seals the fate of the movie before it even is committed to the paper is, which one is bigger, the person or the personality. If the maker's answer is the former, as The Queen's song goes 'Another one bites the dust...', but if it weighs in favor of the latter however, that's definitely the right foot forward.

What a wasted opportunity!